- Werbung -
- Werbung -
Start Profis Why you should watch Eintracht Frankfurt

The German Bundesliga is venturing a re-start! This weekend, you may feel the urge to watch football, so take a look at the German Football League. There is a wide range of offers, with nine different matches to choose from this Saturday to Monday. So that you are not frightened away by „boring“ football, we would like to convince you of the love for Eintracht Frankfurt with the following:

Eintracht is a founding member of the Bundesliga and won the German Championship for the first and only time in 1959. In the Bundesliga’s historical standings, Eintracht is charmingly ranked in ninth place. So it’s about time again, but unfortunately the chances are not the best at the moment. Their heraldic animal mascot is the golden eagle Attila, who is at the stadium for every home match. With over 90,000 members, just 9,000 less than Real Madrid, Eintracht is ranked 20th among the strongest clubs in the world! Speaking of Real Madrid, in 1960 Eintracht Frankfurt became the first German club team to reach the European Cup Final. Unfortunately, Eintracht lost 3-7 to Real Madrid, but the game was later voted the best European Cup Final ever.

Enough indulging in the past, let’s come to the current football. In 2016, Eintracht Frankfurt was almost relegated to the 2nd division, but only two years later won the DFB Pokal, the most important Cup in Germany, in the final against Bayern Munich – the first title win of the Hessians since 1988. It literally had the whole city on its feet, you can see it here. There is a good chance you might have noticed Frankfurt in last year’s UEFA Europa League. After beating Inter Milan, Shakhtar Donetsk and S.L. Benfica, they tragically lost against Chelsea F.C. in the semi-final with a penalty kick (against an English club of all things). The picture of defender Martin Hinteregger, who missed a penalty kick went viral afterwards.

Due to the Corona pandemic, the matches of Eintracht unfortunately take place without their fantastic fans, but perhaps the boys around goalkeeper Kevin Trapp (previously Paris Saint-Germain) and Andre Silva (about whom Cristiano Ronaldo once said he could be his successor) can play their way into your hearts?

On Saturday, at 18:30 (GMT) you can at least give the Eagles a chance, then they will play Borussia Mönchengladbach. In the United States you can watch the match at Fox Sports 1. 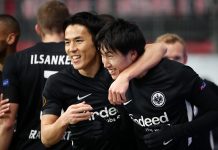 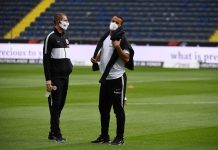 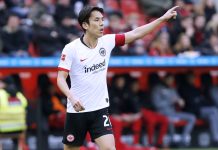 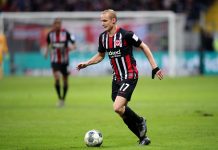 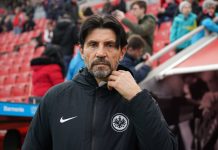 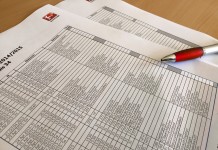